JULIE ROBERTS at The Grouse Room!

Julie Roberts’ deep, blues-soaked voice poignantly captures the pain of the wronged and forgotten. Her star is on the rise! Don’t miss her!

Kristen Foreman will be opening the show at 8:00pm. She’s as Country as it comes, a native of Carencro, Louisiana turned Nashville songwriter, she’s a soulful singer that you will fall in love with.!

The daughter of an engineer and accountant, Roberts has been singing as long as she can remember. She performed at every opportunity, including class musicals, summer camp productions and beauty pageants. During junior high and high school, she spent her weekends playing festivals in the Southeast. She spent summers working at music shows in Carowinds, a theme park in Charlotte, N.C., and Dollywood in East Tennessee. She attended the University of South Carolina-Lancaster for two years before transferring to Nashville’s Belmont University to focus on her music. She performed in local clubs and restaurants until graduation, after which she landed a job as the assistant to Luke Lewis, Chairman of Universal Music Group Nashville. Without telling any of her co-workers, she began working during her off-time with producer Brent Rowan, who eventually played Roberts demo to Lewis without telling him who it was. Floored by the demo, Lewis asked to meet the singer, so Rowan directed the surprised music executive to the young woman sitting just outside his door.

Entertainment Weekly awarded her self-titled debut CD an A, calling it one of the most auspicious debuts in years. The New York Times said Roberts aching and resolute hit “Break Down Here” was one of the year’s best country ballads. Spotting her talent early, CMT selected Roberts to be the first artist ever to appear in “In the Moment,” the music networks hour-long documentary on the making of a star. The album was certified gold and led to two Horizon Award nominations from the Country Music Association, Top New Artist and Top New Female Vocalist nominations from the Academy of Country Music, as well as a Breakthrough Artist nomination from the CMT Awards. She delivered two memorable performances on The Tonight Show with Jay Leno, was chosen over artists in all musical genres to sing the Good To Go theme song of the television show Good Morning America and joined pop superstar Rihanna in a Clinique HAPPY campaign.

After a few years of non-stop touring, appearances and walking on some of the nation’s most famous stages, Julie took some time away from the spotlight to focus on herself. She moved to Hollywood, CA…living on her own, studying acting and spending much time on an ongoing project of writing a screenplay based on her life with the writer of the award winning movie Coal Miner’s Daughter, the story of one of Julie’s inspirations, Loretta Lynn.

After nearly a year in California, Roberts knew it was time to return to her love, making music. She moved back to Nashville with a newly revived confidence and passion to create. Shortly after her return to Nashville, the devastating flood of May 2010 left Julie and many others without a home. The flood recovery stalled the release of her third album by a year. By June 2011 though, Julie had aligned herself with some of Nashville’s elite songwriters and musicians, focusing on what she loves best…those emotional and heart-felt songs for which country music is known. By doing so, she released her first independent album, “Alive,” on her own label, Ain’t Skeerd Records.

The Washington Post defined the album by calling it, “an album in which she traffics in familiar heartbreak but delivers her lyrics with a little more fire in her lungs. The music is striking.”

Julie rounded out 2011 with the second release from her own label, a Christmas EP, “Who Needs Mistletoe,” which received great praise from the New York Times, which called the title track, “one of several great songs on this release, which might be Ms. Roberts’s best work since her smoldering self-titled 2004 debut. Like that album, this EP is spare and desperate-sounding, with plenty of spaces for Ms. Roberts’s lovely husky voice to seep into.”

Knowing she is truly blessed to be doing what she loves, Roberts spends much of her time, when not working on music, sharing her talent with several charity organizations close to her heart. She recently joined with the organization Magdalene as the first female country artist to embark on a women’s prisons tour…performing, sharing her story and providing hope along the way.

Many doors have opened changing the life of the petite blonde who has fond memories of singing along to the country songs blaring out of the radio in her mother’s white truck in Carolina. She’s learned a tremendous amount about life and herself on this remarkable journey, from white trucks to red carpets… and it is just beginning. 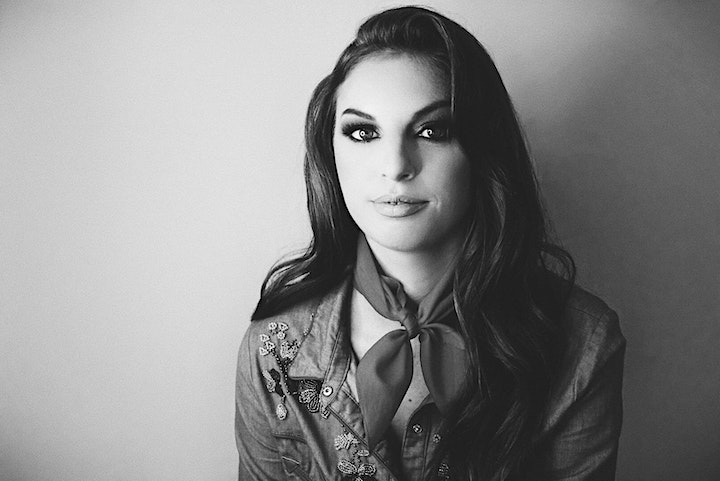